Sherry Herzing and Rob Lenahan of the LKG 911 Community Task Force were the invited guest speakers.

• Sherry Herzing formed The LKG 911 Community Task Force in 2019 after tragic death of her husband.  Following a 911 call for help it took first responders 47 minutes to arrive at her home.  This Task Force now has 90+ individuals working on improving emergency responses in the LKG area.
• Lake Gaston’s rural environment involving 2 states and 5 counties has compounded the problem of providing rapid response to emergency calls. There was negligible, if any, communication and coordination between jurisdictions.
• The Mission of the LKG 911 Community Task Force is to educate the public and publicly elected officials in order to save lives and aid improving the 911 operations in the 5 counties surrounding Lake Gaston: Brunswick, Halifax, Mecklenburg, Northampton and Warren.
• If you call 911 from a cell phone, they won’t know where you are.  You have to tell them very specifically where you are located.  Depending on how busy the 911 telecommunicators are, your call may be answered by somebody in Colorado (actually happened).
• Call 911 from a landline if you have one because an address will be associated with your call.
• Some accomplishments of the LKG 911 Task Force
o Signage on area bridges identifying the road and county.
o Dominion Power, Inc. has agreed to replace, if requested, to replace boathouse/dock numbers with a reflective number.  The original boathouse numbers have faded and are almost unreadable.
o Encourage and provide resource availability for people to upgrade their street address with reflective numbers, which makes finding your residence easier.
o Have brought the 5 counties together to identify issue and solve problems. involving emergency responses.  The 3 North Carolina counties (Warren, Halifax and Northampton) are already working together to reduce emergency times.
o Rob Lenahan described the development of an interactive lake map that displays all 5 counties surrounding the lake.  This map will have multiple “layers”, such as counties, mile markers, boat launches, subdivisions, etc.  All 5 county jurisdictions will be using the same map to respond to emergencies.
o Rob discussed a new phone application.  What3words is an interactive cell phone app that will tell exactly where you are.  This is a free download available to everybody.  This system is already in widespread use in London, Great Britain.  It is satellite based and has mapped the whole world into 10 foot squares, each identifiable by a 3 word designation: format///word.word.word.
o The LKG 911 Task Force is educating State legislators on the current challenges of the 911 system in rural areas.  North Carolina and Virginia are responding, forming action committees and work groups.
o Urging 911 telecommunicators to be classified as 1stResponders, which will increase their status, training and salaries.
o You can learn more about the LKG Community Task Force at :
▪ Their website: https://rural911taskforce.com
▪ On Facebook: at LKG 911 Community Task Force
▪ Email: This email address is being protected from spambots. You need JavaScript enabled to view it.
• Sherry provided a handout/brochure about the LKG 911 Task Force to everybody present.

A LGWSC business meeting was not conducted after the guest presentation due to time constraints.

1. Brian announced plans for our October Pig Pickin.  Due to Covid Pandemic restrictions Dominion Power, Inc. cannot host or support the Pig Pickin as they have done in past years.  Rather the Board of Directors has planned a local Pig Pickin event to be held:
a. Wednesday, October 27th at 6:00 PM at the Wildwood Point community center/picnic area.
b. A pig (for roasting) has been anonymously donated
c. Please bring a dish to share.  A sign-up sheet was passed around the room to record those who will come to the Pig Pickin and what side dish they’ll bring.
d. Everybody, please bring your own beverage.
e. If there are changes to these plans, membership will be notified.
2. 50:50: The drawing was won by Judy Waters, who donated her $20 winning back to the LGWSC.  Thank you Judy.

Meeting was adjourned at approximately 7:53 PM.

Return of the Pig

Yep, we are doing another Pig Pickin with a twist.  Dominion Energy can’t host us due to Covid restrictions at the dam.   Your Board and returning Board member Susie Deschenes came up with a Plan B.

Save the date of October 27.   We will hold the evening event at Wildwood Point.  More details to come.  Event is free except for a passing dish plus your own beverage of choice.

This will feature the changing of the guard and welcoming a new President plus reflections what it’s been like leading this organization through Covid-19.

Email Brian at This email address is being protected from spambots. You need JavaScript enabled to view it. to reserve a spot or for more details.

The Lake Gaston Water Safety Council monthly membership meeting will be held on Wednesday, September 29 th at the Kennon House Restaurant, 7001 Gasburg Road, Valentines, Va. 23887.The meeting begins at 6p.m., starting with a Dutch-treat buffet dinner.Guest speaker will be the 911 Community Task Force to talk about Updates and Tools for Safety on Lake Gaston and the surrounding areas.

If you use a mobile phone to report an emergency, this meeting is for you.  We will also talk about “What3Words”.  This is really interesting.

The public is invited. If planning on attending Please reply or Contact Brian Goldsworthy at 919-302-6511 (This email address is being protected from spambots. You need JavaScript enabled to view it.) or John Dyckman at 252-537-9877.

Need your head on a swivel

Sunday night about 9:15, near MM 7 near the north shore, a Bayliner traveling at a high rate of speed, ran into the stern of a pontoon boat while underway.   All boats had running lights on.   Thankfully, no serious injuries but EMS did respond.

We understand the operator was not from the lake and wasn’t familiar with his surroundings.  NC Wildlife is investigating.

Even on a quiet evening during a cruise, keep your head on a swivel.  We understand the white stern light was thought to be a house on the shore.

August 25 meeting was a good one!

Water rescue on the lake was just made better.   We were treated to an interesting presentation from Chief Lorenzo, RWVFD, about their new fast rescue boat.  The meeting minutes will be forthcoming.  In the interim, some pictures. 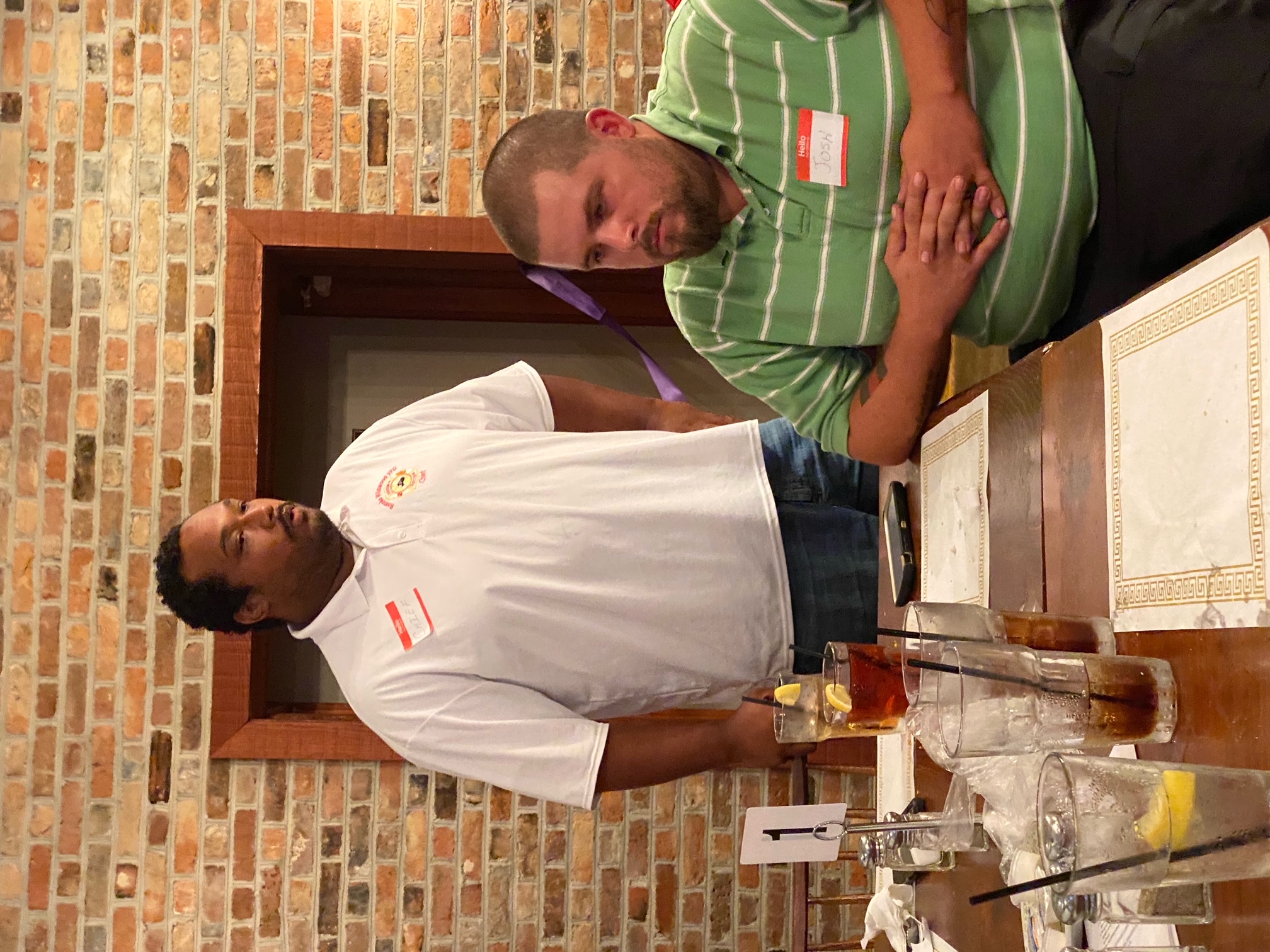 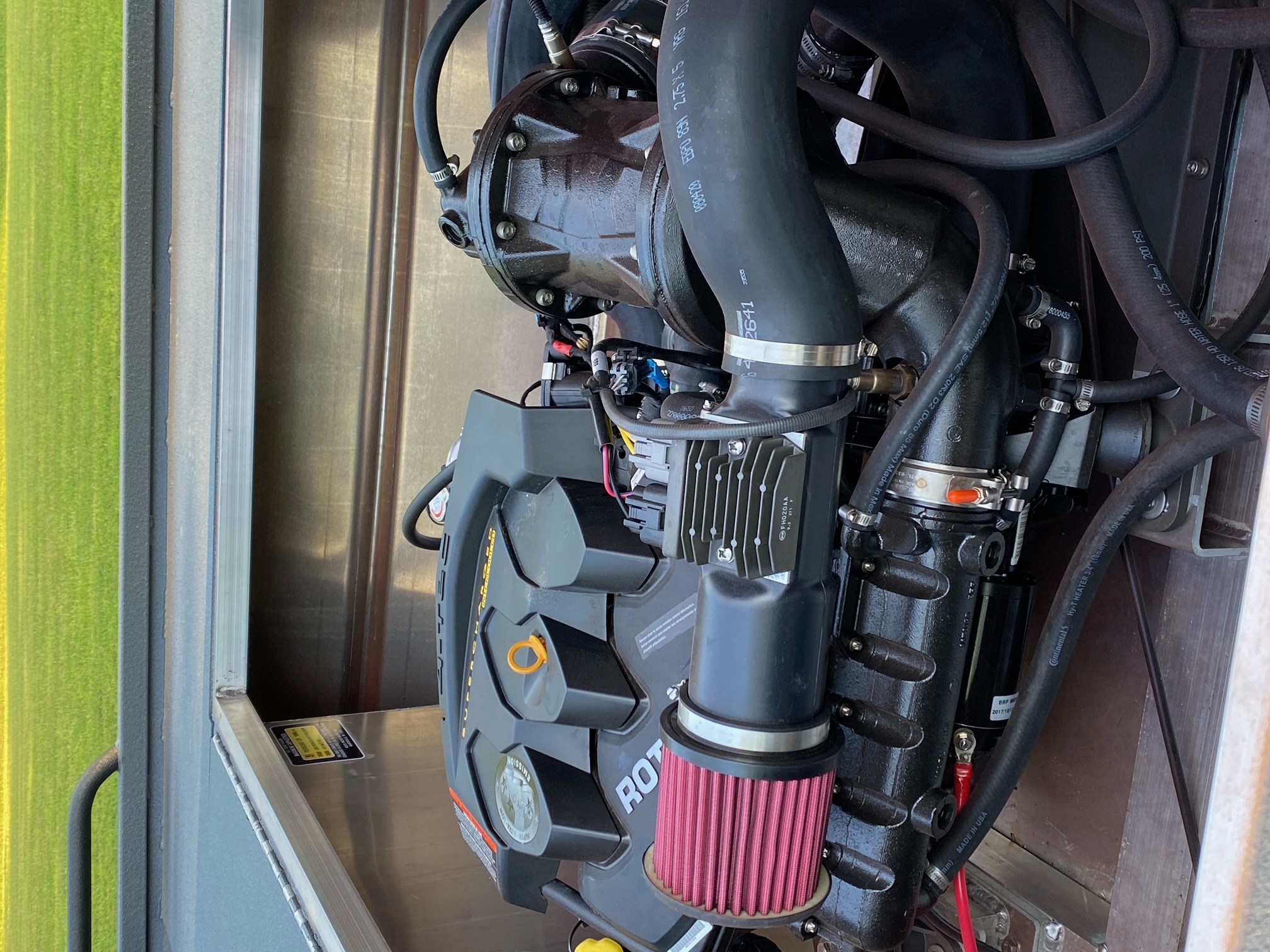 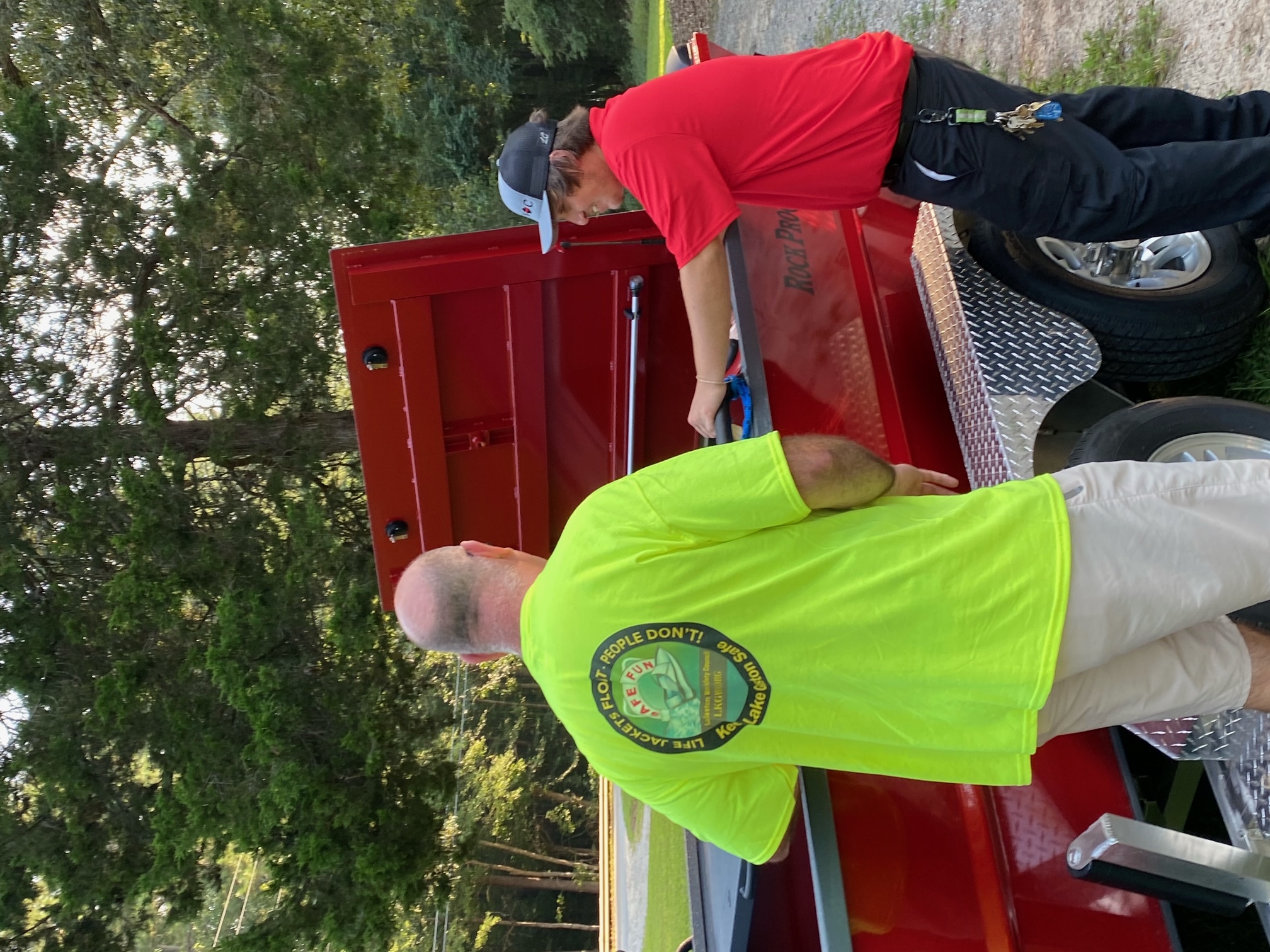 Become a Member of the Lake Gaston Water Safety Council